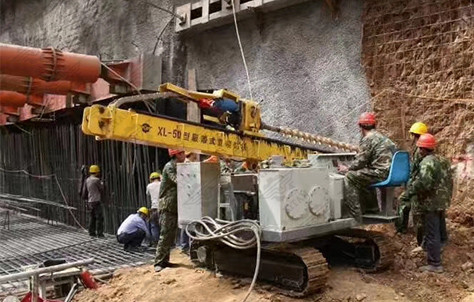 Jet grouting has undoubtedly taken a distinctive place among all ground improvement procedures. Nowadays, everyone is aware that jet grouting may easily solve the majority of geotechnical issues.

But this potent tool is the outcome of a protracted series of ongoing technical advancements, so the pioneers of jet grouting should be properly acknowledged for their contribution.

As briefly discussed in the discussion of a symposium on Grouts and Drilling Muds in Engineering Practice, Greenwood (Croce and Flora 2001) reports on a groundbreaking experience carried out in 1962 by Cementation Co., Ltd. to build a cut-off wall in Pakistan (British National Society of ISSMFE 1963). However, it is widely acknowledged that Japan is where jet grouting technology began (Nakanishi 1974).

In reality, a team of Japanese specialists looked into the use of high-speed jets as a ground-improvement tool in the late 1960s after learning about their usage for cutting rock and rock-like materials (Farmer and Attewell 1965). In order to create bodies of cemented material within the soil, they considered the potential of introducing fluid binders into previously drilled boreholes to dissolve and mix the soil in place. The technique has significantly improved over the years and is now utilized extensively all across the world. The most popular method for improving the ground at the moment is probably jet grouting.

Chemical binders were utilized in the first patented version, known as the Chemical Churning Pile (CCP) (Miki 1973; Nakanishi 1974), but water-cement grouts quickly took their place. After some time, the same group created an upgrade of the technique called the Jumbo Special Pile (JSP), which was designed to increase the diameters of the jet-grouted elements (Xanthakos et al. 1994). To prevent energy loss in the grout jet and preserve its erosive force across a wider area, it involved encasing the jet in a coaxial stream of compressed air.